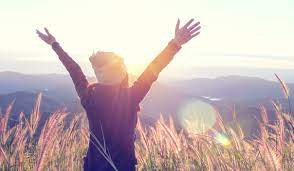 “And a woman having an issue of blood twelve years, which had spent all her living upon physicians, neither could be healed of any (Luke 8:43).

What do the following people have in common?

They were all defined by the things they went through. Their experiences became their identity, so much so that even though they were restored, they are still identified till date, by what they suffered. For instance, we still refer to her as “the woman with the issue of blood”, instead of “the woman whom Jesus healed from the issue of blood”.

Jesus Christ suffered humiliation in the hands of sinful men, even though He was without sin. He died a shameful death on the cross between two criminals. But today, He is not known as “the man who was crucified on the cross”. He is referred to as “the Saviour of the world”. Death could not hold Him captive; the grave had no power over Him. He defeated death and the grave, resurrected on the third day, and ascended into heaven, from where He will come again soon. Romans 8:11 says “but if the Spirit of Him who raised Jesus from the dead dwells in you, He who raised Christ from the dead will also give life to your mortal bodies through His Spirit who dwells in you”.

Do not let your experiences become your identity. Activate the power of the Holy Spirit in you and rise above whatever is trying to define you in a way that is contrary to who God says you are. You are not “the woman who is always asking for assistance” or “the man who has no job”. You are royalty. 1Peter 2:9 says “but you are a chosen generation, a royal priesthood, a holy nation, God’s own special person called to show forth His praises. With God’s power you can overcome that financial, marital or health issue. Psalm 18: 29 says “for by You, I can run against a troop. By my God, I can leap over a wall”.

GOD IS ALWAYS AT WORK FOR YOUR GOOD